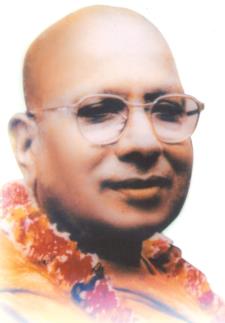 Swami Shukdevanand College was established by Late Shri Swami Shukdevanand Saraswati Ji Maharaj in 1964. As a great visionary of the beautiful society of free India, he was committed to develop spirituality, morality, scientific approach and commitment among the students to turn them into qualified and sincere citizens. To fulfil this commitment, he founded this institution and gave his name to it. The college session started in 1964 with BA first year classes, and within a short span of time it touched the great heights of development. Swami Ji felt the need for good teachers in running the concurrent education system and with his constant efforts B Ed classes were started in 1965 in the college. The same year B Sc classes were also added to the institution. With the glorious talent show in the field of Arts, Science and Education, the institute continued its journey for years towards the progress path under the presidency, skilled leadership and direction of Late Shri Swami Shukdevanand Ji Saraswati. In 1982, new possibilities were explored when Late Shri Swami Shashwatanand Ji Saraswati became its president. The efforts of the new management committee bore fruits with the addition of B Com courses in 1985. With the constant efforts of the present President Shri Swami Chinmayanand Saraswati Ji, the then Secretary Pramod Chandra Seth and Manager and Principal, Dr Soti Shivendra Chandra, the college got the permission from the government to run M Ed and M Com courses. Shri Swami Shukdevanand auditorium, seminar hall and educational techniques and psychological laboratory were constructed under the directions of Swami Chinmayanand Saraswati and determined efforts of the secretary Dr Ravi Mohan, which were inaugurated by the then Governor Acharya Shri Vishnukant Shastri. A complete new look was given to the library and reading room in 2003, when it was constructed with all the facilities. Various lecture halls, lecture theatres, and indoor stadium were built in the year 2004 and were inaugurated on February 26, 2006, by the ex president of NCERT, Dr JS Rajpoot, and the then director of higher education, Dr RK Baslas. Administrative building of the college was renovated in 2004-2005. The college got the approval for botany and zoology subjects from the university and started its classes from 2006-2007. Staff room for arts and commerce faculties, 14 lecture halls on the second floor and other important halls were constructed in 2007-2008. A huge statue of Late Swami Shukdevanand Ji was established at the centre of the college lawn by the progressive saints of the nation on February 25, 2008. PGDCA and BCA classes were started from July 2008. BP Ed classes are also under proposal. New laboratories for Chemistry, Zoology and Botany have been constructed and other lecture halls are under construction. Beautification work for the college remains constantly under progress. In the year 2009, BBA Program was commenced. Besides, B.Com (Finance) and B.Com. (Hons.) programs ware also started in the year 2013. After two years in 2015, seven postgraduate courses in Arts streams and Five Postgraduate courses in Science stream were launched. And recently in the year 2016, one more self-financed unite of B.Ed. was started in the college. The college has four sister concerns namely Daivi Sampad Mahavidyalaya, D.S. Inter College, S.S. Law College and Sri Shankar Mumukshu Vidyapeeth covering 50 acre of land. The college takes pride in proclaming that each year, many students of the college take Chancellor's medal. The NCC and NSS unit of the college have been doing commendably well in arousing the National Spirit as well as social and patriotic awareness among the youth of the society.